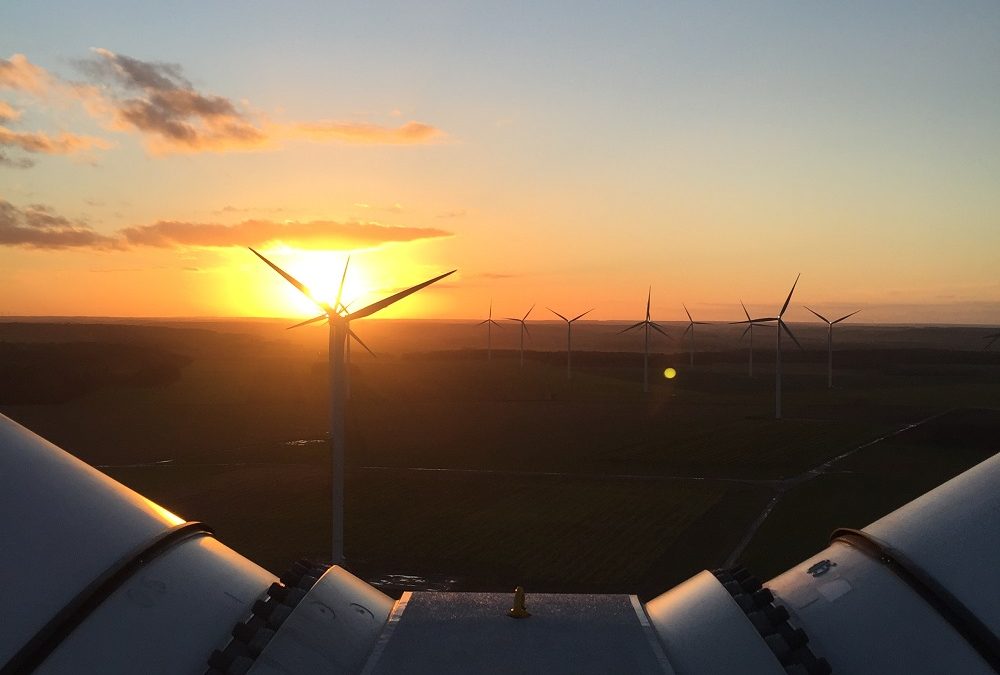 Greensolver is often asked which technical risks are most likely to affect a wind farm’s profitability – risks that should be carefully considered and anticipated in order to minimise project downtime.

As part of the risk analysis required by the ISO 55001 Asset Management standard, Greensolver has identified the risks that have the largest potential impact on the profitability of a wind farm. These were identified based on the frequency of damage they caused and the economic impact of such damage.

The conclusions of this study reveal that the five major risks to profitability are: gearbox damage, rotor damage, lightning damage, fire loss and electrical failure.

Along with the blades, the gearbox is one of the most important components of a wind turbine, constantly working to adapt the activity of the generator to the available wind resource at any given time.

As a result of the mechanical loads placed on the gearbox, the planet gear teeth can erode due to excessive friction, and Greensolver would advise asset owners and managers to work with Condition Monitoring Systems, such as remote control of the Gearbox, so that if signs of erosion do appear, swift action can be taken to prevent further damage.

Damage to a rotor is one of the most expensive losses that can occur on a wind farm. A rotor includes the hub and the blades, both of which have to be regularly inspected for potential malfunctions and defects – which may originate during the manufacturing process.

Greensolver chose the Cornis Camera solution for its blade inspection services, which makes use of a HD photographic technique to identify any wear and tear, allowing asset owners to rectify issues at an early stage.

This danger is particularly evident at wind farms located in stormy regions, for which proper lightning rod installation (both on monitoring systems and blades) and regular blade inspections are the only ways to prevent potentially substantial losses as a result of lightning strikes.

Of course, the main problem with fire is its propensity to spread. As a result, installing fire detection, protection and suppression systems is essential on wind farms. The causes of fire are wide-ranging and it would be difficult to protect a wind farm from it altogether. Preventing its spread when it does occur, however, can and should be achieved.

The electrical components of wind turbines should be carefully monitored at all times. Converters, in particular, are liable to failure. To prevent these losses, Greensolver would advise asset owners to compartmentalize the converter from the rest of the turbine, and carry out preventative converter maintenance on a regular basis.

Having spare parts available is often the key to avoiding significant downtime as a result of electrical failures. Problems with converters alone represent 30% of the regular failures affecting wind turbines. Keeping a stock of critical spare parts on site, including converters, can make all the difference to monthly production figures.

One of Greensolver’s jobs is to identify red flags, such as those briefly outlined in this article, and help put measures in place to prevent subsequent losses to an asset. Multiple solutions can be applied to maximize an asset’s payback, depending on its location, technical specificities and wind resources. Greensolver’s thorough knowledge of these solutions, alongside all of the factors leading to project downtime and losses, allows us to advise project owners and operators on the best course of actions.