The 5 most common problems with solar inverters 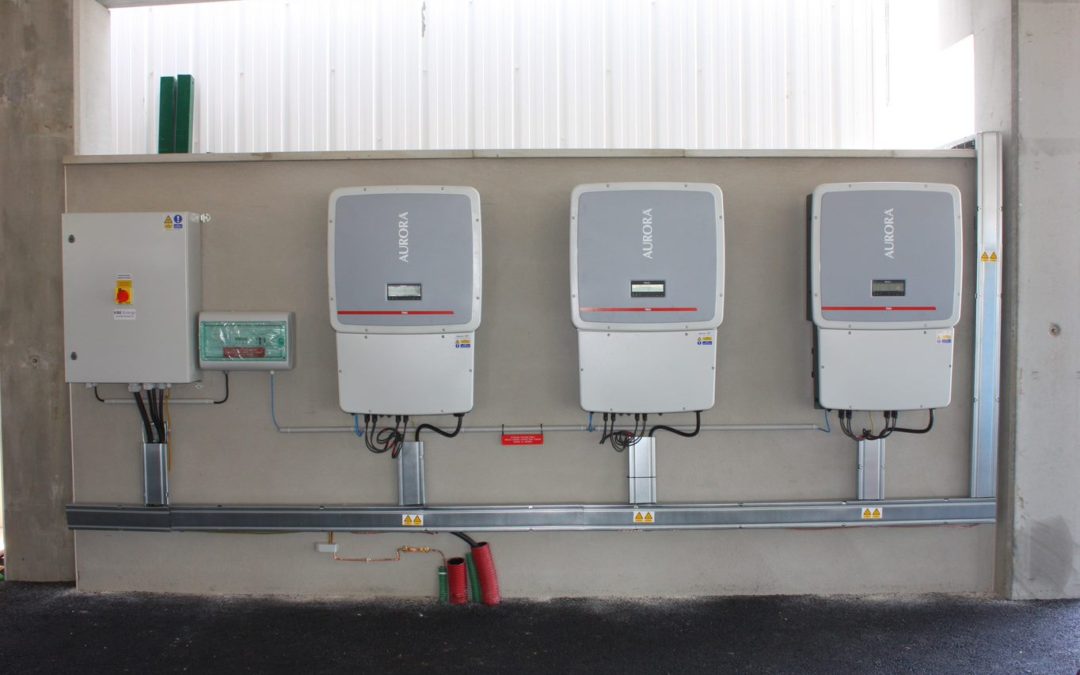 At Greensolver, we manage 800 MW of wind and solar assets for our clients. We see that the production loss on solar PV systems is often attributable to the poor performance of inverters. Defective inverters can lead to significant production losses. Whilst the modules are responsible for generating electricity, the inverters are responsible for converting and feeding the power to the grid. Good performance by inverters is therefore very important.

We have listed below five common problems with inverters:

Faulty installation of the inverters

A possibly obvious, yet very common problem with inverters is that they have been installed incorrectly. This can range from physically misconnecting them to incorrect programming of the inverters. The construction of a solar PV system is usually carried out by an EPC party which in turn appoints installers. In this context, the installers’ expertise is very important. In order to ensure correct installation, access is required to the documentation provided by the manufacturer of the inverter. Correct installation can then be checked at the handover of the solar park or during the start-up phase of the project by carrying out a number of tests, such as:

It is also important to have the delivery (“as-built”) documentation, so that the guarantees provided can be properly invoked later, e.g. in the event of a claim.

Inverters are made up of electronic components, and therefore sensitive to temperatures. High temperatures will lead to a significant reduction in production, and can even result in a production stop if the maximum operating temperature is reached. An assessment must therefore be made as early as the design stage to determine whether the proposed cooling technology is adequate and whether it has sufficient capacity. For example, it is very important that the switch cabinet and the building housing the inverter(s) are well ventilated.

Alongside an assessment of the initial design, it is highly advisable to regularly check the cooling during the operational period and to establish that the cooling or ventilation system is actually operating correctly. In addition to this, a number of steps can be taken in order to prevent excessively high temperatures, such as installing and cleaning dust filters, removing undergrowth that impedes airflow, etc.

Another common problem is the “isolation fault”. This fault occurs as a result of a short-circuit between various parts of the circuit, and the inverter will then report an “isolation alarm”. The short-circuit is usually the result of a combination of moisture and damage to the sleeve on the cabling, faulty installation, poor connection of the DC cables to the panel, or moisture in the connection part of the PV module. This will be more common in areas with high humidity and/or close to the sea.

In the event of an isolation fault, the inverter will stop working completely or continue to work at the minimum “required” isolation level. In the meantime, the inverter is not performing at its maximum capacity. In both cases, production is lost. It is therefore important to ensure that the DC cables are of high quality and correctly installed, i.e. that the cable bushing is watertight. To prevent this problem, it is also important that the correct level of protection (IP) is selected for the inverter cabinet and the inverter building.

Warning! An isolation fault can cause potentially fatal voltages in the conducting parts of the system! Ensure that maintenance is always carried out in accordance with the applicable safety standards.

Inverter does not restart after a grid fault

An inverter must be able to restart itself after a grid fault (if there are no other faults). For example, voltage peaks which occur during sudden deactivation could trigger cut-outs in the system. If the inverter does not restart itself, a service team will then have to come on site in order to restart the system. This will lead to unnecessary production loss.

It is therefore not just the brand of the inverter that is important, but also the quality of the components used as well as the use of a good 24/7 monitoring system in order to detect faults as quickly as possible. If this is not organised properly, all PV modules connected to the inverter will be unable to deliver power until the fault has been discovered and an engineer has rectified the fault. This is a problem that particularly occurs in areas where the grid connection is not always stable.

Modern inverters operate on the basis of the MPPT technique. MPPT stands for Maximum Power Point Tracking, and this module has been developed in order to maximise the performance of inverters. Because of the scale of current larger PV systems, multiple rows of PV modules are connected together in series (called “strings”). The strings are then jointly connected to an inverter. However, not all strings produce the same amount of power as a result of many factors such as shading, different positioning, fault in a panel, etc. The strings deliver different voltages, and the difference between the strings in this regard varies continuously. The algorithm in the MMPT module is designed in such a way that the inverter always uses the most optimum supply voltage despite these differences in strings. This always maximises the amount of electricity produced.

It is therefore important that the working order of the MPPT module is established, and that it is working well. This can be done by carrying out a number of performance tests during the start-up of the solar park. Establishing the correct operation of the MPPT module is also necessary in order to be able to make a good comparison between the actual yield and the guaranteed yield according to the manufacturer.

Faults in inverters can range from faults which can be resolved very simply to very complicated faults. However, whether it is a simple or complicated fault, both will have a negative effect on production. Greensolver deals with this on a daily basis, and we have already assisted many clients with technical advice on more than 9.0 GW of due diligence investigations.