Wind turbines are getting higher and bigger every year. As a result, it is becoming more and more difficult and costly to install a met mast high enough to have representative measurements of the wind conditions at hub height and all over the rotor plane – especially for large projects.

Alternative and complementary solutions are available on the market to overcome this issue: remote sensor solutions. There are basically two types of remote sensors, aimed to assess the wind conditions for turbines: the Lidar (LIght Detection And Ranging) and the Sodar (SOnic Detection And Ranging). This article aims to explain these solutions, with the understanding that both can be used to complement a wind mast measurement campaign or as a stand-alone tool in specific situations.

First, it is important to understand how they work. For wind measurements, the Sodar and Lidar technologies both use the Doppler effect – one with sound beams, the other with light beams.

The Doppler Effect is characterized by the change of wave frequency between the transmitter and the receiver when the distance between them changes over the time. One typical example is the ambulance that passes nearby: when the ambulance moves closer the sound is high, but when it moves away the sound is deep. This is because the frequency of the waves is higher in front of the moving object. 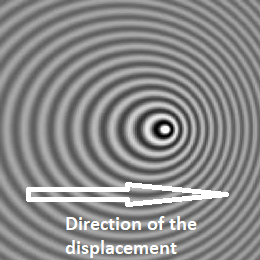 The Sodar technology uses the thermal structures of the atmosphere. Its transmitter produces a pulse of sound which changes the frequency changes due to the Doppler Effect upon contact with the moving structures. The Sodar receiver receives this pulse and deduces the wind speed according to the new frequency. The height of measurement depends on the time that the pulse takes to come back to the receiver. Unlike the anemometers, the Sodar measures the wind on a circular area, created by several sound beams that create a cone.

The mono-static Sodar technology are the most used by the wind industry; the transmitter and the receiver are at the same location. This sensor is generally cheaper and has a lower consumption than the Lidars. But it is highly impacted by the echo produced by buildings or trees close to the Sodar.

A bi-static Sodar uses the same principle as the mono-static Sodar but consists of separated transmitter and receivers. The more receiver there are allow a better turbulences’ measurement and error correction due to echoes. It is possible to place the transmitter on the nacelle and the receivers on the ground to measure the wind at hub height. 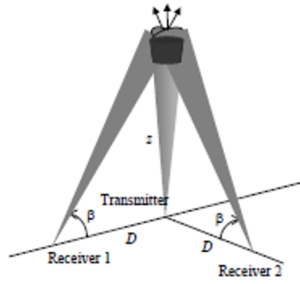 Unlike the Sodar, the Lidar uses the particles in the air. Its transmitter produces a pulsed or continuous light which color changes due to the Doppler Effect upon contact with the moving particles. The receiver receives this light and deduces the wind speed according to the new color. A combination of several Lidar of the same technology can be used to improve the quality of the measurement.

This type of Lidar sends a pulse of light and determines the distance accordingly to the delay between the emission and the reception of the pulse. One pulse measures all the distances or heights programmed in the Lidar. Like the Sodar, the pulsed Lidar measures the wind on a circular area, thanks to several light beams. The range of measurements of this technology is between 30 m to 10 km.

A Continuous Wave (CW) Lidar is able to create a collimated beam and adjusts the distance of the focus. The wind is measured where the beam is focused. The distances or heights programmed in the Lidar are measured one by one. The range of measurements of this technology is 10 m to 300 m.

Each remote sensor has its benefits and its downsides, which will be explained in an upcoming article. We know this topic well, if you want to use a remote sensor, do not hesitate to contact us, will be happy to assist you.