Why you should control blade pitch angle on wind turbines 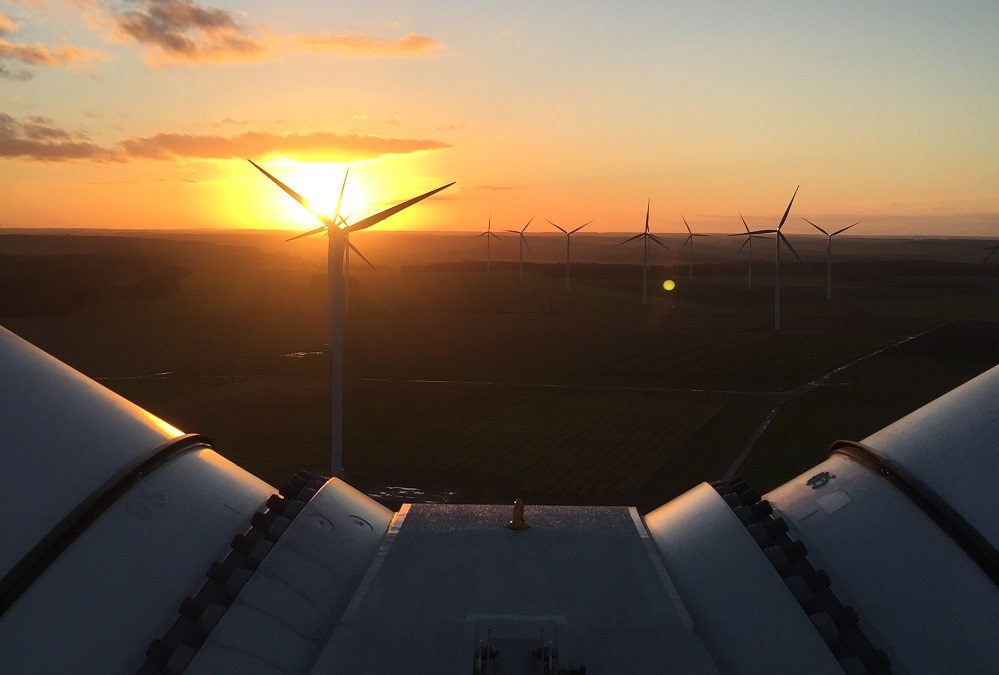 Pitch angles (measured from the theoretical 0° position) can have a significant impact on the power curve and the production of the turbine. Today’s methods to calibrate the angle at the commissioning stage are not infallible and it is not rare to see several degrees of variations.

The mechanical power generated in a wind turbine is calculated as below:

The only difference between 2 WTGs of the same park is the wind speed (u) and the blade angle (θ): the power coefficient.

The coefficient is very sensitive at low wind speed, meaning any small deviation in the blade angle will have a significant impact on the production of usually mean wind speed (5-7 m/s). 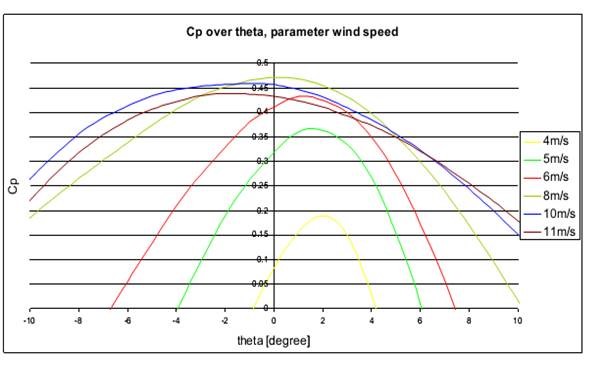 Hence the pitch control system is in charge of moving the pitch blade angle θ in order to get the maximum Cp for each wind speed.

One way to evaluate a park is to compare the CP of the best and worst turbine:

And then calculate the potential production increase using the best WTG CP:

After the detailed analysis of the park wind farm data, and having calculated the wind power curves of all the wind turbines, a ranking of the wind turbine has been done taking into account the power production generated by these power curves with the average wind of the park. The worst turbines will be recalibrated by comparing the pitch angle of the best in class turbine.

The result of this calibration method is an angle adjustment of the pitch of the blades that have a deviation of more than +-0.15º of the settings of the best in class in the same position of the blade.

Greensolver strongly advise to perform this kind of study on park with potential power curve issue if the regular checks for this type of problem (anemometer, north alignment, slope offset parameters, etc…) did not reveal anything.